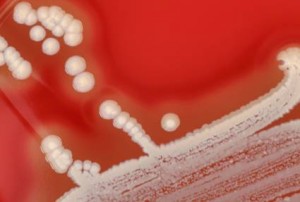 Hospitals aren’t the only places where people can pick up a nasty “superbug’.A University of Maryland-led team of researchers has found methicillin-resistant Staphylococcus aureus, or MRSA, at sewage treatment plants in the mid-Atlantic and the Midwest.Most people are already exposed to the common bacterium Staphylococcus aureus as it is typically found on human skin and respiratory tracts. It seeks out opportunities to infect through access points on our body like hair follicles or open sores.

A mutated form of this germ, a so-called ‘superbug’ known as methicillin-resistant Staphylococcus aureus (MRSA), is immune to first-line antibiotics and can cause a dangerous form of staph infection. People most at risk include athletes who share towels and razors, children in daycare settings, members of the military who live in close quarters and individuals who have recently received tattoos. Additionally, people who have had surgery within the past year are subject to a particularly high risk of contracting an infection due to MSRA.

Once MSRA has found access to the body, the potentially fatal germ can spread to bones, joints, the blood, or any organ, such as the lungs, heart or brain.

A research team led by scientists at the University of Maryland School of Public Health has recently discovered that this superbug has been found in significant amounts in several U.S. wastewater treatment plants. MSRA is known to cause difficult-to-treat and potentially fatal bacterial infections. Typically, these infections are found in hospital patients. However, since the 1990’s, it has also been infecting members of the general community that were otherwise considered healthy. 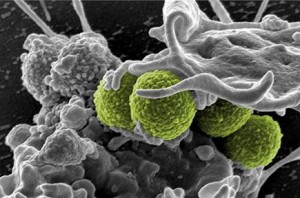 “MRSA infections acquired outside of hospital settings – known as community-acquired MRSA or CA-MRSA – are on the rise and can be just as severe as hospital-acquired MRSA. However, we still do not fully understand the potential environmental sources of MRSA or how people in the community come in contact with this microorganism,” says Amy R. Sapkota, assistant professor in the Maryland Institute for Applied Environmental Health and leader of the study.

“This was the first study to investigate U.S. wastewater as a potential environmental reservoir of MRSA.”

The primary reason for the study was based on the fact that several water treatment centers process wastewater and then reuse it as ‘reclaimed wastewater’ that can be used for spray irrigation activities. Researchers from both universities were curious to determine whether MRSA remained in the effluent discharged from these wastewater centers.

They found that MRSA and the related pathogen methicillin-susceptible Staphylococcus aureus (MSSA) were present at each of the four wastewater treatment plants that were reviewed. They found MRSA was present at a rate of 83% of the influent – the raw sewage being processed – and that MSSA was present at a rate of 55%. While the processing of this material decreased the overall presence of each, they found that some of the bacteria was still leaving the plant. This was particularly true of one of the plants that did not treat incoming waste using a chlorination process.

In all, 93% of the MRSA strains that were isolated from the wastewater and 29% of the MSSA strains were resistant to two or more classes of antibiotics. This includes several antibiotics that had been previously recognized by the U.S. Food and Drug Administration (FDA) to specifically treat MRSA infections.

Additionally, at two of the wastewater treatment plants it was determined that MRSA strains showed a stronger resistance to more types of antibiotics and also had a greater prevalence of a gene that has been associated with virulence at subsequent treatment stages. The study showed that while chlorination may have had a great effect on eliminating much of the MRSA and MSSA strains, the strains that survived this process were stronger and much more resistant to any antibiotic treatment.

“Because of increasing use of reclaimed wastewater, further research is needed to evaluate the risk of exposure to antibiotic-resistant bacteria in treated wastewater.”